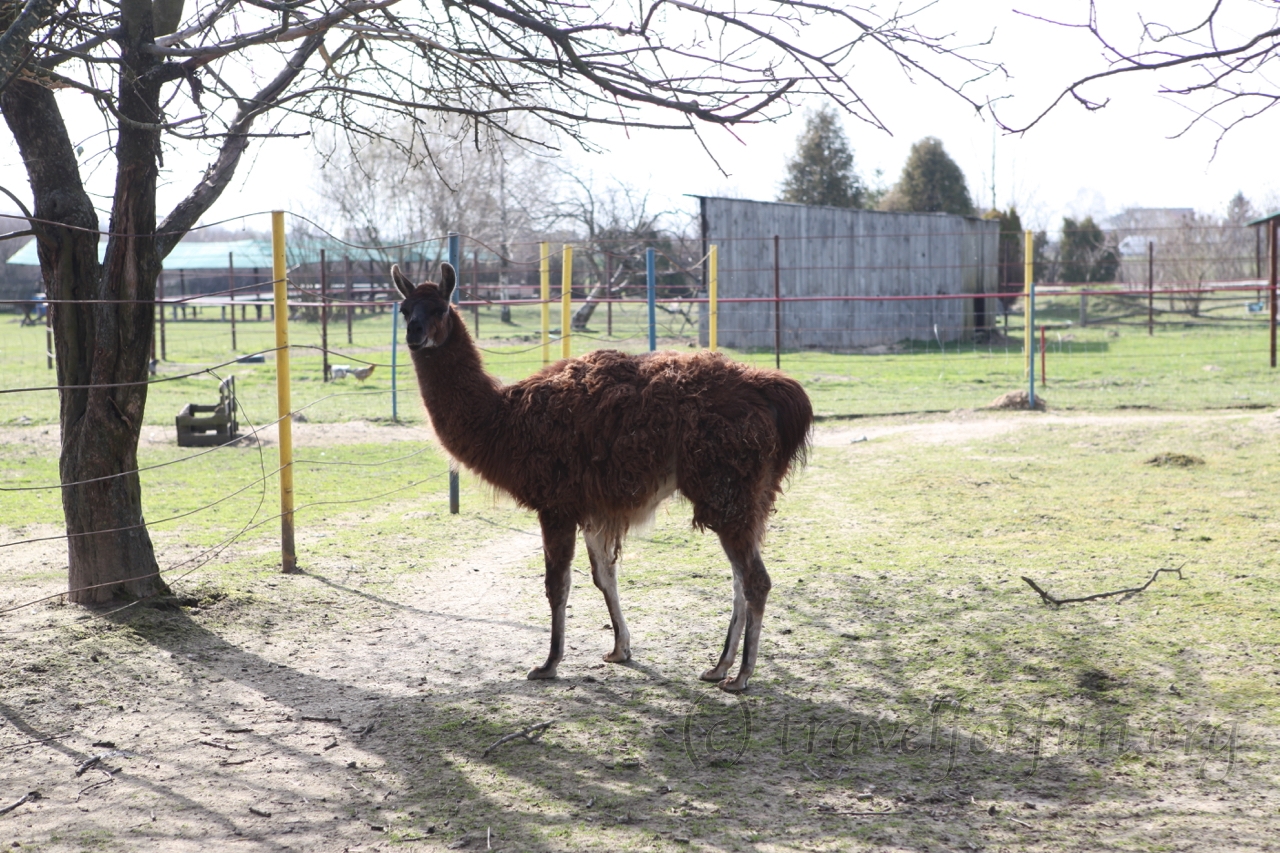 While traveling to different places, I like to use geocaching as a travel guide. After coming to Lublin, we started to look for something interesting and unusual. We stopped our choice on a mini zoo which is situated in a small town Leonov not far from Lublin. There situated a step-by-step geocahe and we decided to find it and to see some animals. Unfortunately, we failed with the first task. It was difficult to translate all descriptions from Polish, so we couldn’t find anything. But we spent a good time watching and feeding different animals.

The zoo is built inside a private household and covers a very large territory. Owners of the zoo built everything themselves. They also act as cashiers and guides.

The main difficulty for us was that in Poland almost nobody speaks English. But because Polish is similar to Ukrainian, we could  understand the main idea and communicate with our guide.

At the beginning, our kids got a big piece of bread to feed animals. 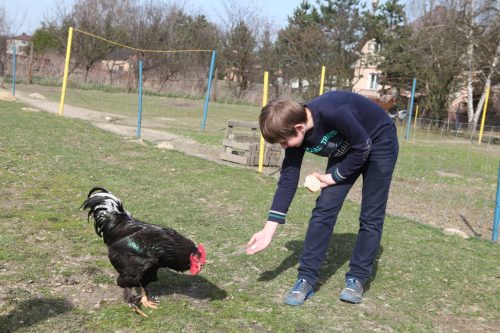 All animals are accustomed to visitors. They came up to us and asked for food.

Besides the typical animals like chicken and ducks there we met  a lama,  dwarf bulls, Vietnamese pigs, kangaroos, ostriches, horses and donkeys. 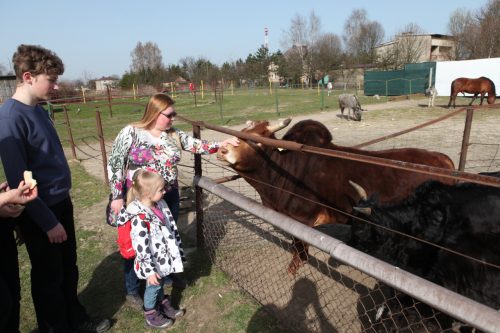 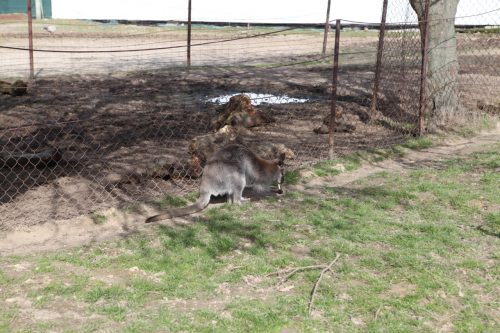 It was interesting that all animals are used only for decorative purposes. Owners sell ostrich’s eggs and make hand-made things from lama’s fur. But they don’t use animals for food. 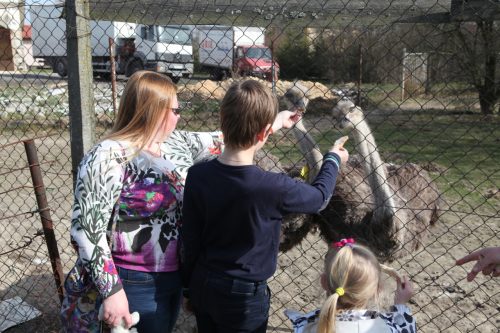 The owner together with us visited all animals, told us stories how one or another animal appeared there and answered the questions. After the tour she prompted us to a nearest playground with a wooden house. There we could stay as long as we want, have a rest and take photos with figures of dinosaurs. 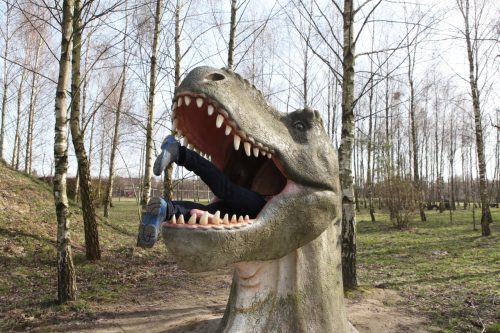 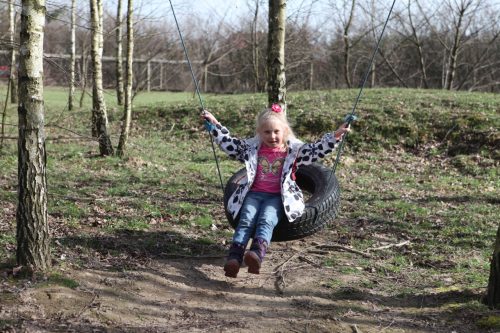 According to the information from the Internet, in summer the owners organize there a theme park with rides and inflatable slides. 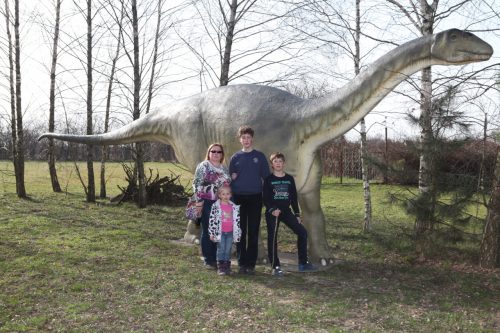 Finally, I can say that this place will be interesting for people who like close contacts with animals. When you can feed and touch them. But the territory is not very comfortable, so the general impression was average.