Budapest Zoo is situated in the heart of the city – in the City Park. When we looked at its map, we thought that it is quite small and we didn’t think that there could be something interesting. But we were wrong!

The area of the zoo is really not so large. But from the number of showpieces’ side, it’s one of the largest. The zoo has several multi-level exhibition pavilions and you need several hours to see everything in each of them.

All animals have enough space. Most of them have both a house and an outer territory.  At the same time the zoo looks like a set of natural habitats but not a set of cages. Walking, you seem  moving from  African savanna to  sands of Central Asia, or to the jungles of Madagascar. 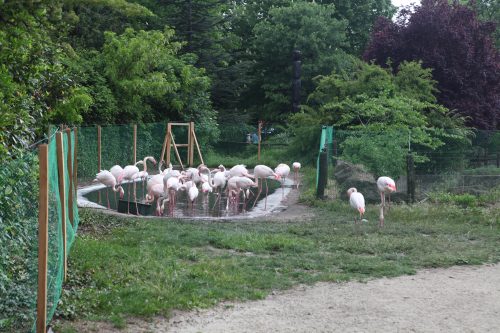 Trails are tidy, there are benches, cafes and playgrounds. If you want, you can take a track like this: 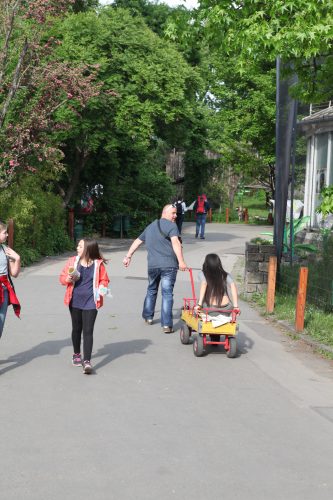 Animal world in the zoo is represented by all possible options of living organisms. Starting from insects, which can be viewed under a microscope in a laboratory area, spiders, snakes and lizards, and ending with the elephants and rhinos. 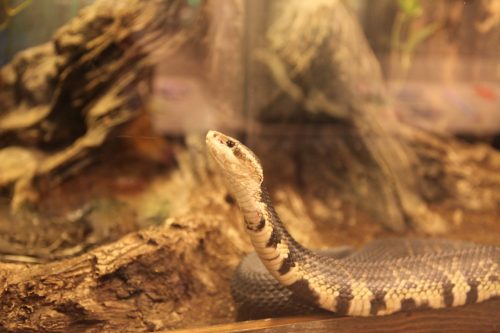 What we liked is  decoration. Maybe “Madagascar” cartoon was so popular that in the zoo a special pavilion with the nature of the island  was made. It’s interesting that the most famous animals of the island, lemurs, can run freely and not sit in cages. 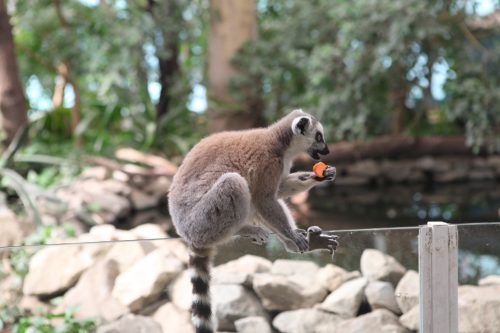 Feeding animals is strictly prohibited. But if you want, there are special hours for it. You can find a schedule and buy some special food near the entrance.

It is known that almost everybody wants to touch animals. That’s why in the zoo a special zone was made. There you can stroke some animals which are safe and harmless for people. 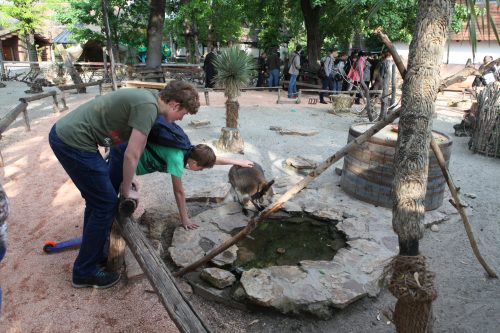 We liked very much a sea life area.  It is located in one of the lower tiers of the central pavilion, and framed as a land of the ancient period. The large pool with transparent walls is full of various fish and stingrays. And under your feet through the glass floor you can see the various remains of ancient mollusks. There is a variety of exotic sea creatures swim in aquariums. 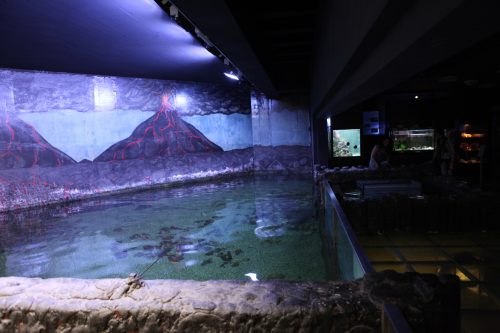 Actually, the entire zoo is divided into zones according to different continents. So, quite interesting and originally made an area dedicated to large predators. For example, try to say that this picture is not made somewhere in Africa during a safari? 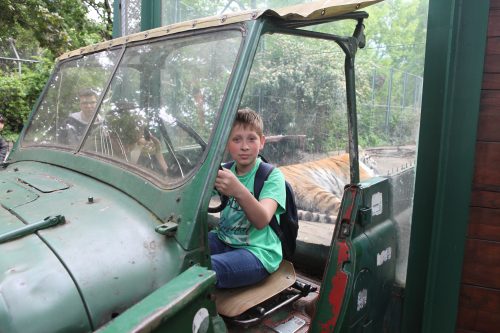 By the way, the tiger is real. The organizers installed an old UAZ so one part of it was from one side of the glass, and the second part – from another side. The tiger,  lying on the sun, allows visitors to take beautiful pictures.

In the center of the zoo there is a large lake where live a variety of birds – ducks, pelicans, herons and many others. It’s interesting that, unlike other zoos, the lake is completely open and birds can fly anywhere. 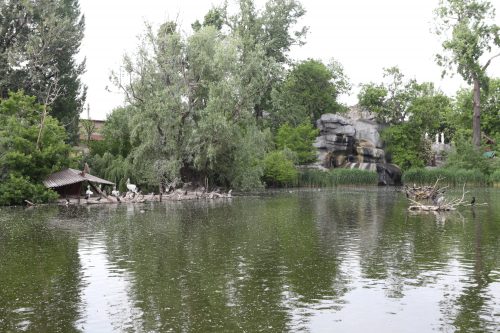 In total, we spent at the zoo about 5 hours, and were forced to leave, as it was closing. That’s why we couldn’t visit and see all animals.