I like different museums where you can not only  look at different exhibits, but have a touch with stories and events, which  the museum tells about. One of those museums, which is worth visiting as for me, is the museum of strategic missile forces. It was created on the basis of a real military base. All the facilities and equipment are in a working state. Except the missiles, of course.  The missile silos were dismantled and destroyed according to the treaty  on the elimination of nuclear weapons. Initially this base was a part of 46th Nizhnedneprovsk missile division with the headquarters in Vinnitsa. At the base there were 10 silos with РС-22А (SS-24 «Scalpel») missiles. Our guide was a man, who was a sergeant at this base and knew everything from real life. The tour itself consisted of several parts – historical exhibitions, underground buildings and military vehicles. Since when we came to the museum, they were waiting for another group, we started our tour from another side. First we  descended into the tunnel which had been used by a duty shift to reach the command center. 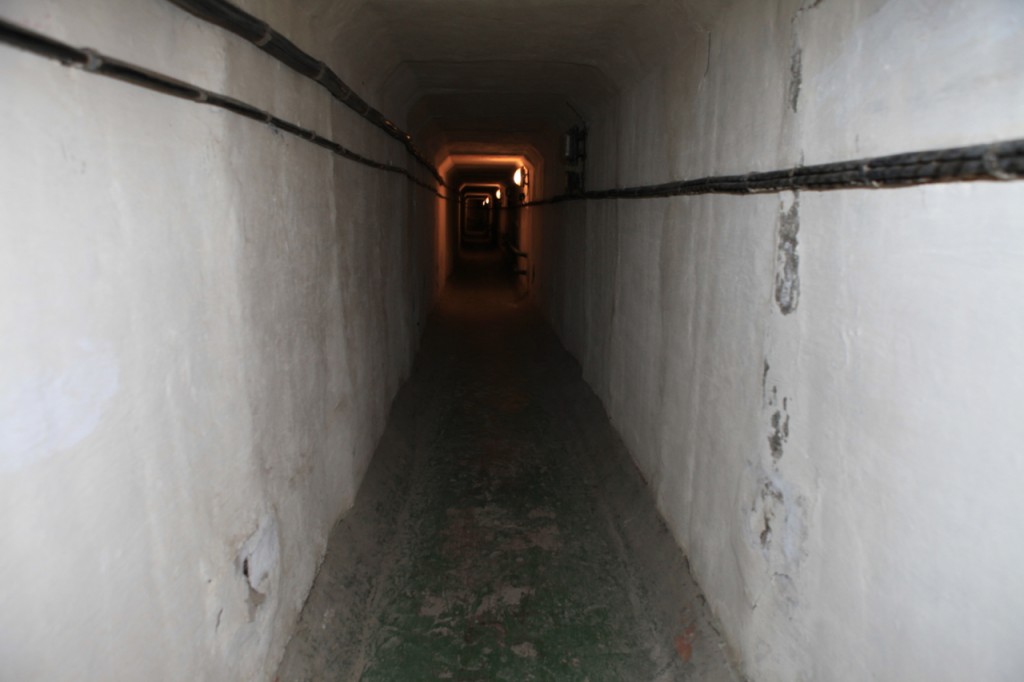 The tunnel to the command center

The entrance to the command center is closed with 700 kg door with fluid drive. A red line on the floor shows the dangerous area while the door is opening. 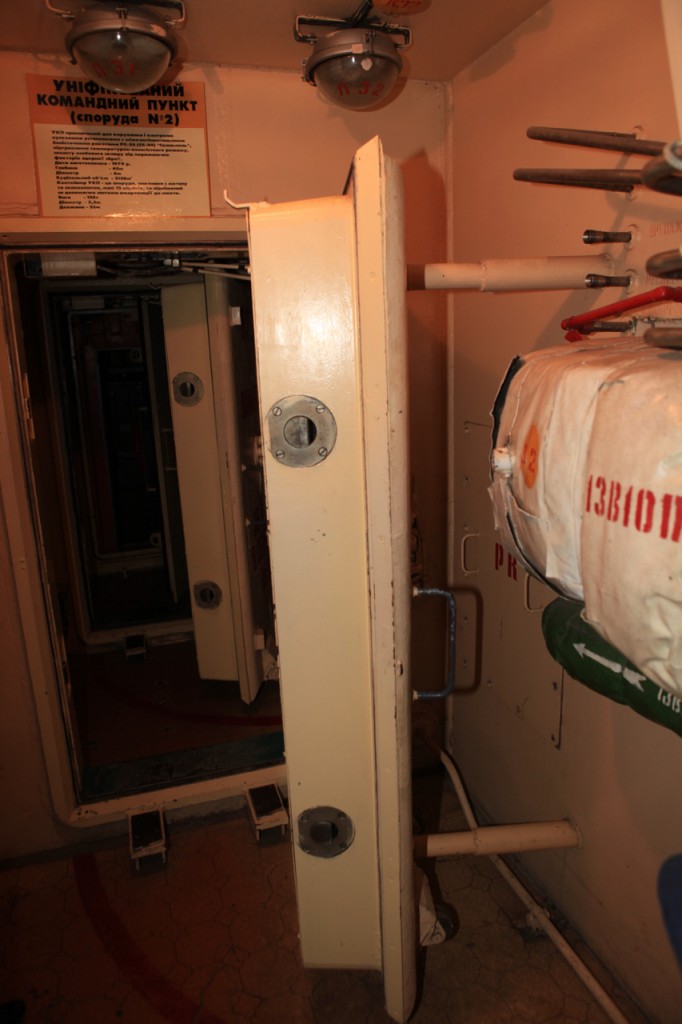 The door to the command center

Briefly about the command center. It is a cylinder with about 30 m  in height suspended by shock absorbers in a concrete cup. In case of a nuclear explosion, absorbers reduced the vibration and allowed the people and the equipment to survive. There is a mock-up of a command center. 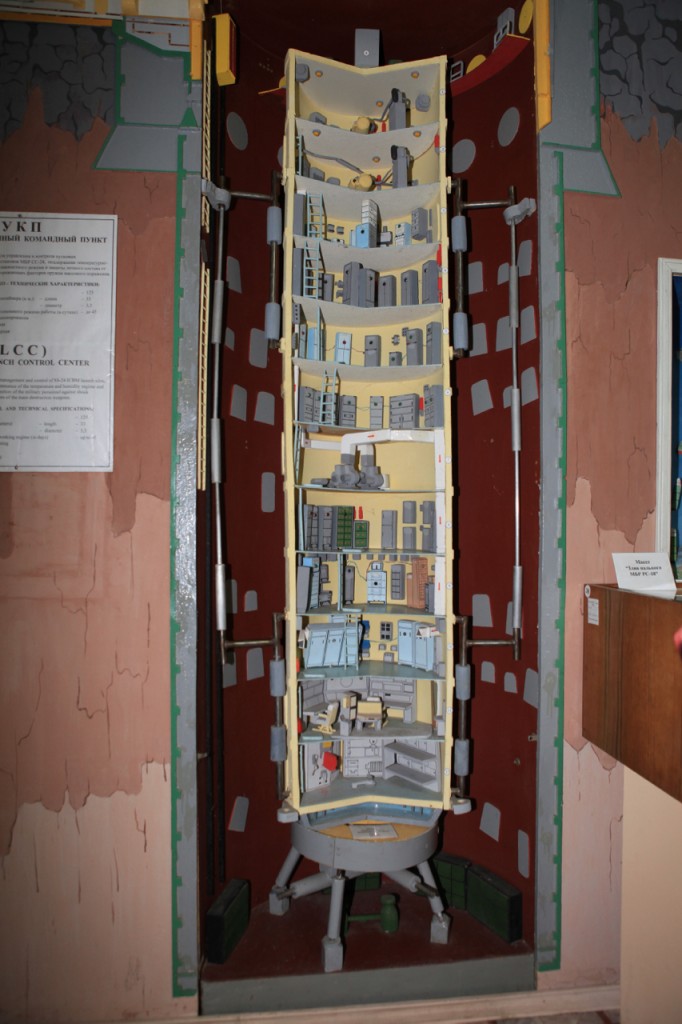 The mock-up of the command center

Then in groups of 3 we went to the lowest level into the control room. This descent costs additional 25 hrivnas. Children are not allowed. We barely squeezed into the lift, designed for the typical duty shift of 2 people. At the lowest level  is a living compartment for two with beds, a sink and supply of food  and air for 40 days. So even if everything is destroyed on the surface up there, the command center could work as a submarine until the stocks are exhausted. Going upstairs to the higher level, we got into the room, known as an action area number one. It was used to launch missiles from the base.  Different screens were used to show launch codes. Then operators entered those codes. A launch could be made only with four hands. Two operators had to push two buttons and turned two keys. Otherwise the launch was impossible. 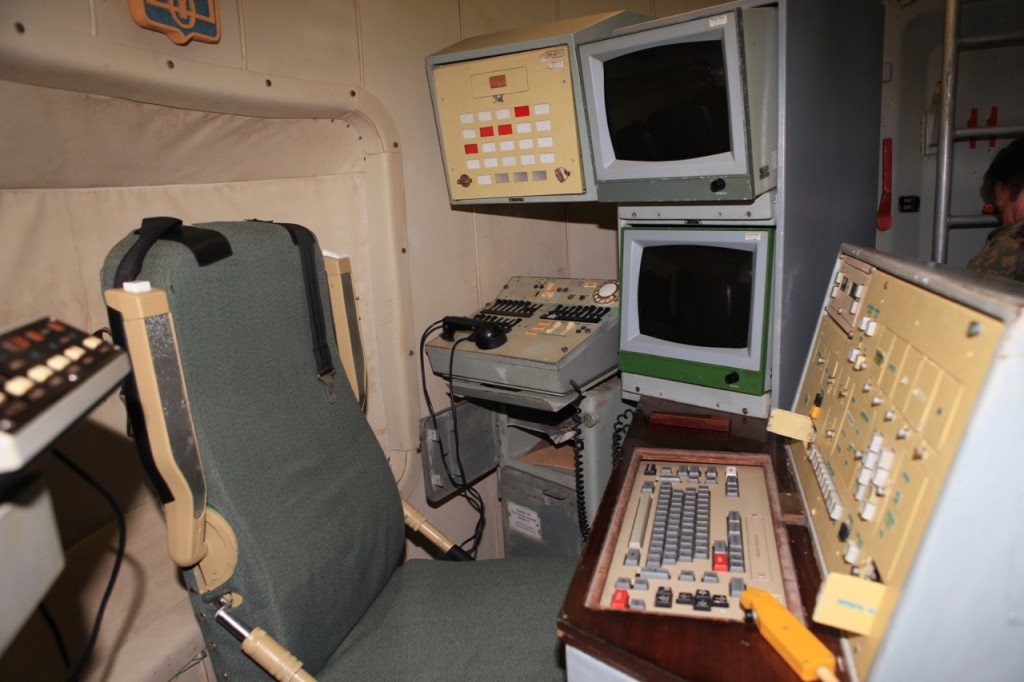 It’s interesting that chairs are equipped with seat belts and shock-absorbers like race cars to hold operators in case of an explosion. Every detail was thought out. For example, there is a TV set. But not to watch films. It could be used to transfer launch codes via TV network in case  satellite communication got destroyed online doctor prescription for viagra.
After going up from the command center, we got into the ground facility area. 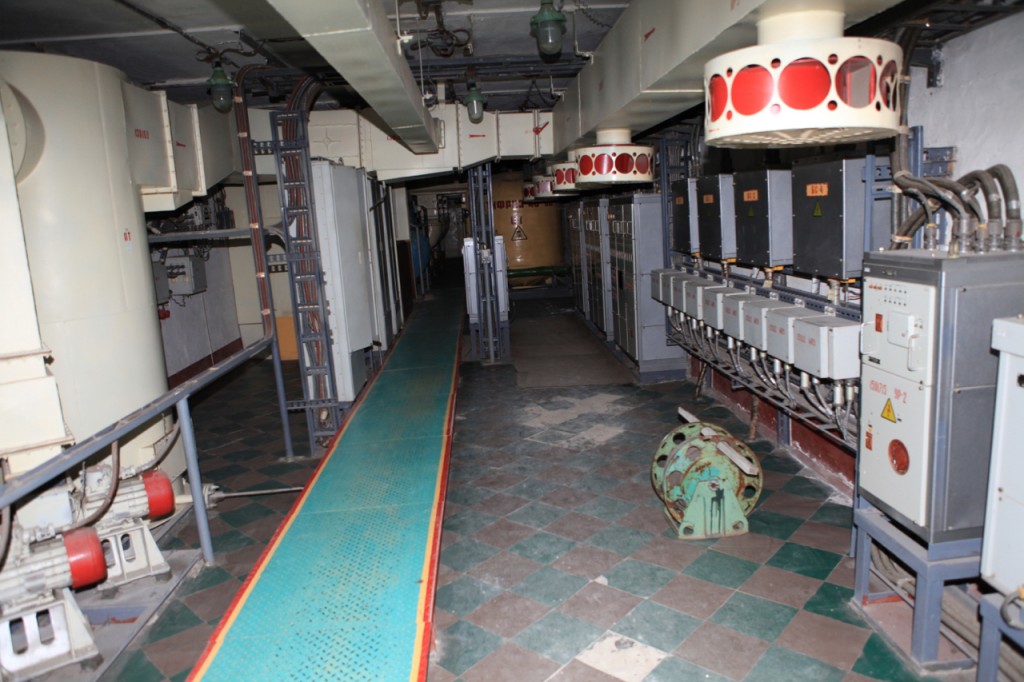 In peacetime these systems provide ventilation for the command center as well as accumulation of the cold in special bags of ice. These bags are used to cool the equipment in case of stand-alone operation.

Then we went out. There we could see the outer part of the command center. The lid of the command center

On the lid there are satellite antennas, navigation sensors and an emergency hatch which can be used in case if underground communications are destroyed. Next to the lid are two huge trucks. There is a transporter and an installer of command centers. 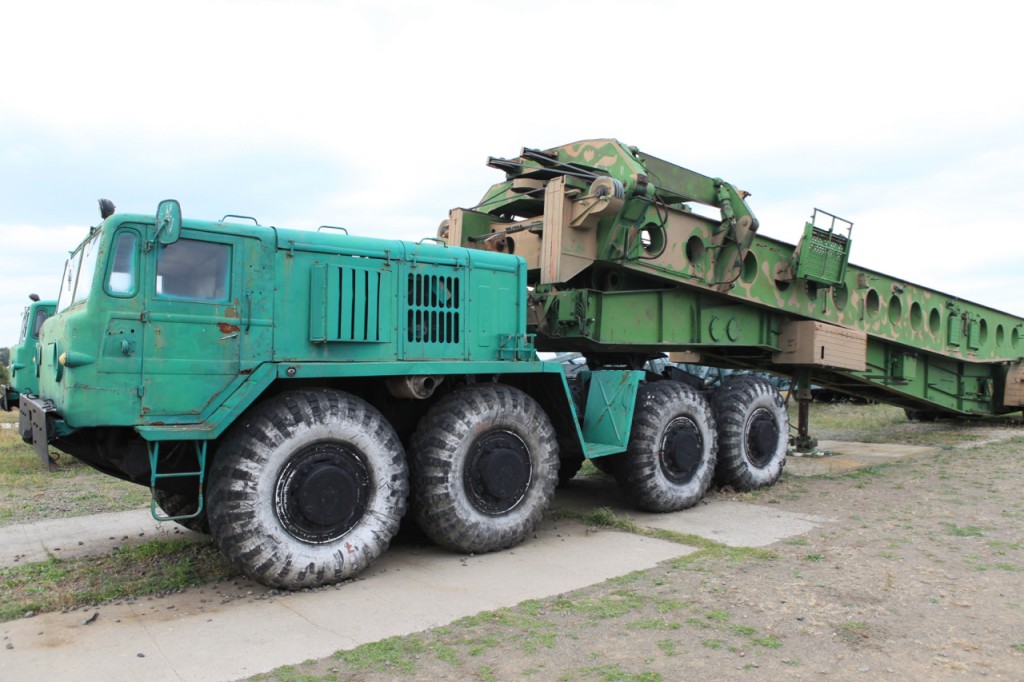 The truck to transport  command centers

Not far from the command center there is the only kept top part of a missile silo. Everything lower than 2 meters is filled with concrete. 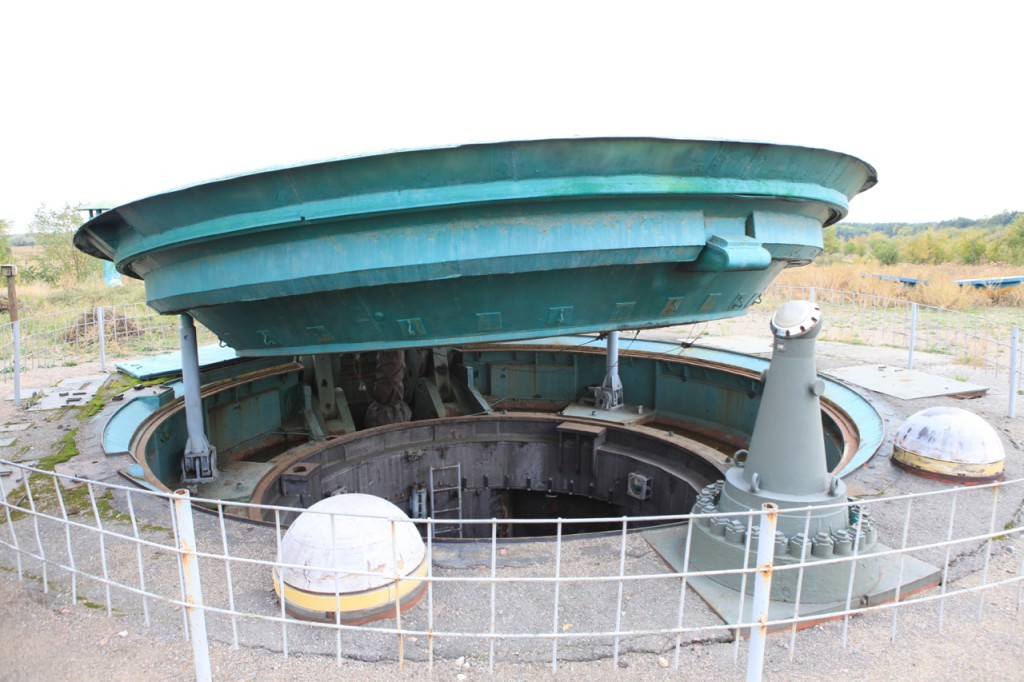 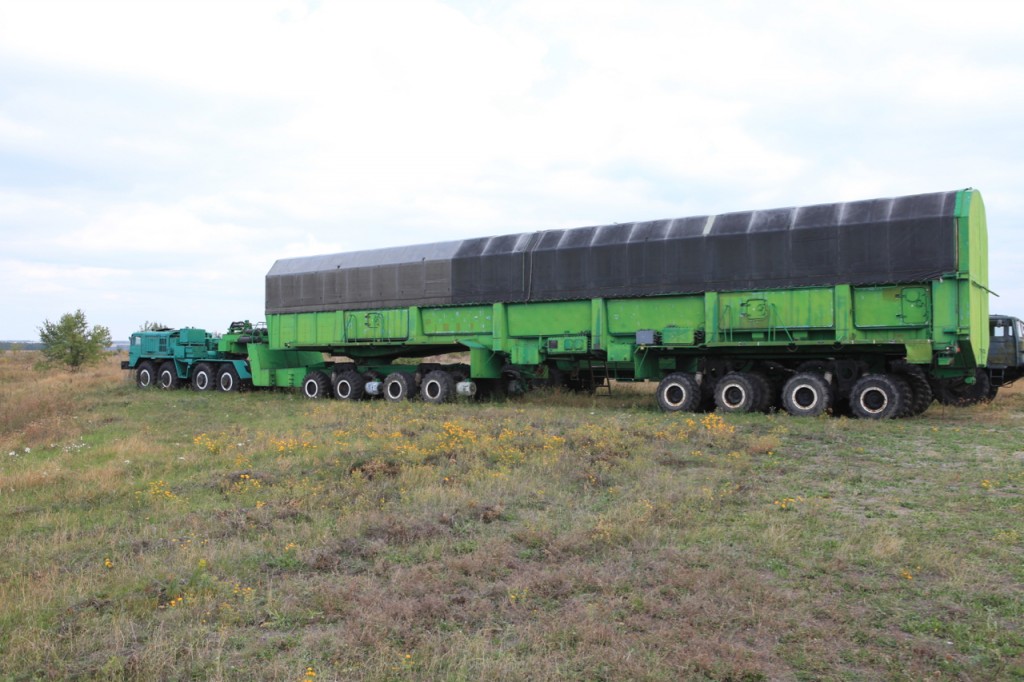 The track to transport missiles 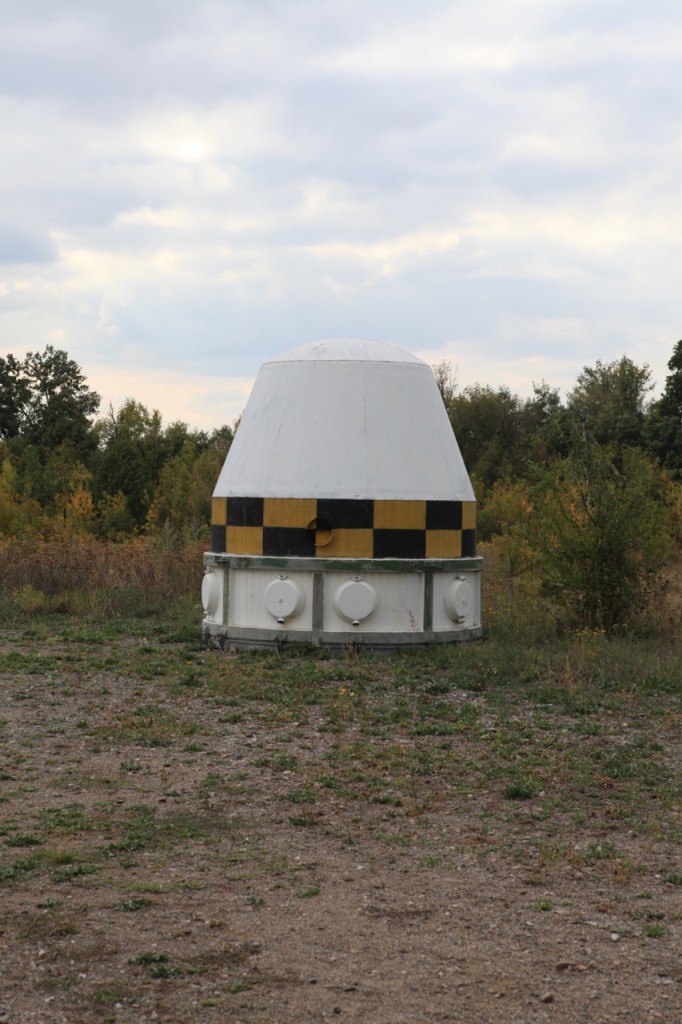 The container for nuclear warheads

Defense of the base was very strong. There were several lines of protection around the base – the first line with alarm, minefields, and an electric fence. In the next photo there is a security post next to one of the silos. On the top there is a rotating machine-gun tower. To get into this post you must use an underground tunnel. At the base there are also a lot of examples of different missiles, military vehicles, cannons and so on. There is also a full-size mock-up of an intercontinental ballistic missile SS-18 “Satan” with multiple warheads. 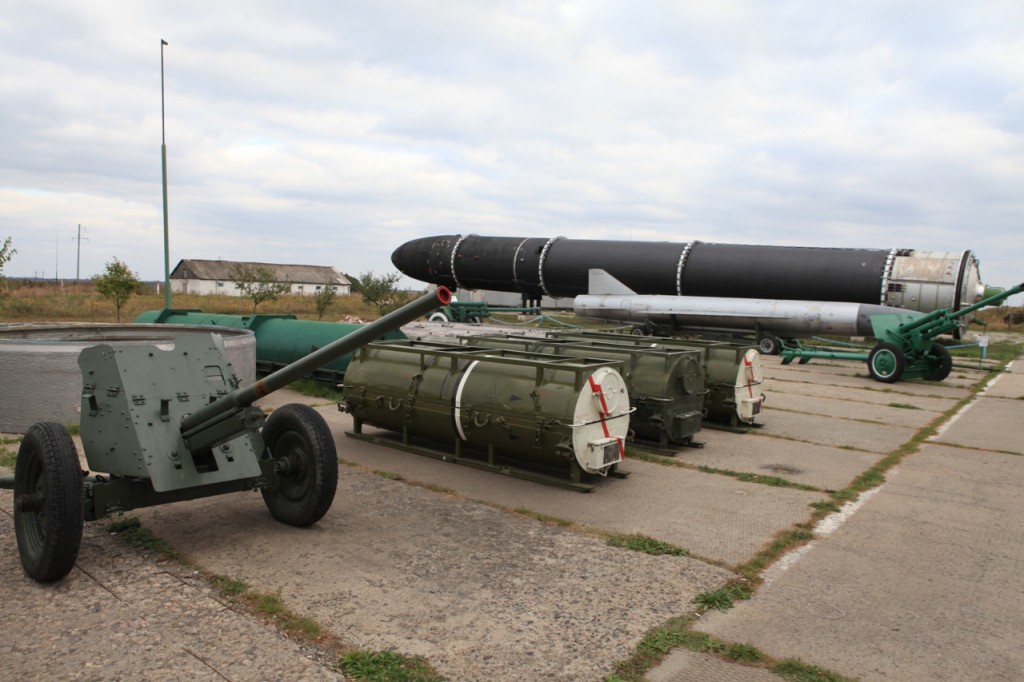 After visiting everything outside, we went into the exhibition hall. There you can find  information about the history of the division from the Second World War to 2001, when the division was disbanded. A lot of different maps, documents, samples of weapon, models of a command center and control room are presented there. 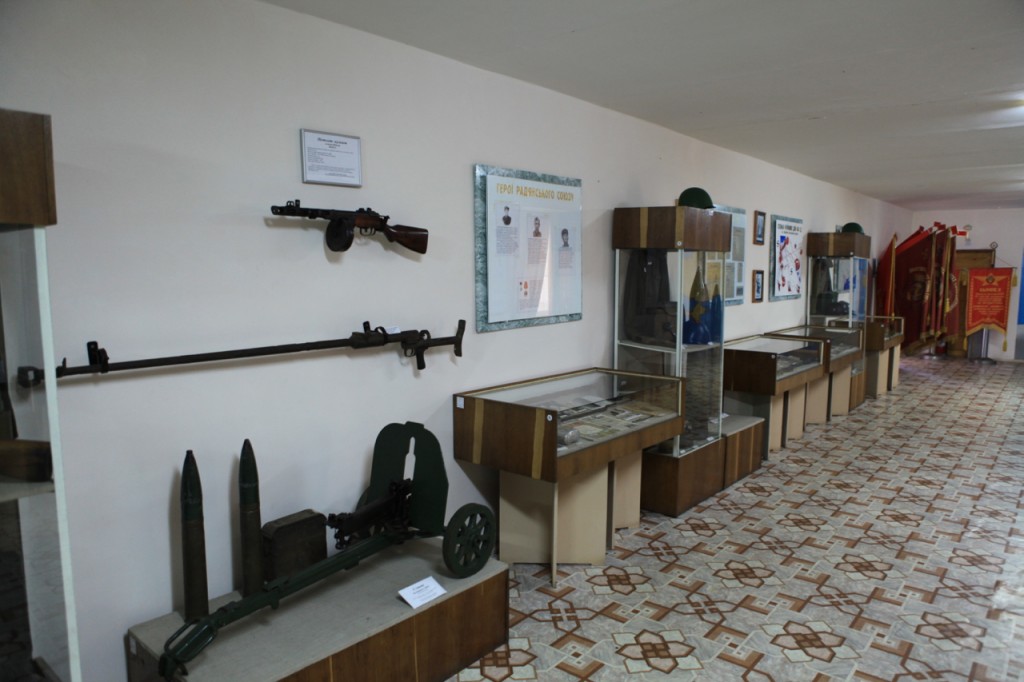 Exhibition in the museum

I can say that even women in our group were impressed during the tour. So, I recommend this museum to everybody who likes history.