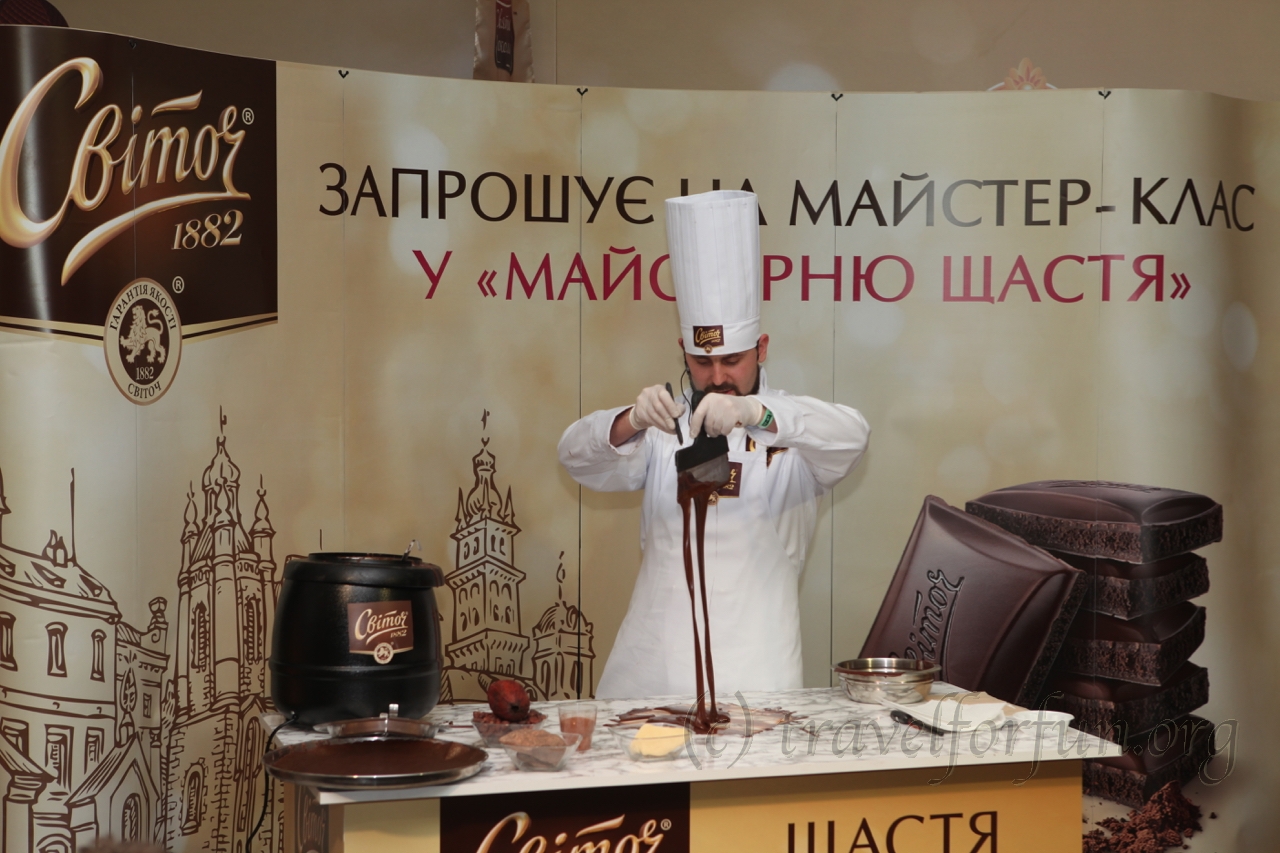 From the 4th to the 8th of March a Chocolate Festival takes place in Lviv. It coalesces many confectioners from different regions. This year the festival was dedicated to a chess tournament which took place at the Pototsky palace near here.

At the entrance guests are greeted by  girls in interesting outfits with chocolate bars on their heads. They also tell you the rules of the festival – you get a page with a map of five places. Your task is to collect stamps from at least three of them. After that you can take part at a lottery and win a set of chocolates. Two stamps can be received free of charge, but other  only for participation in any paid master class. 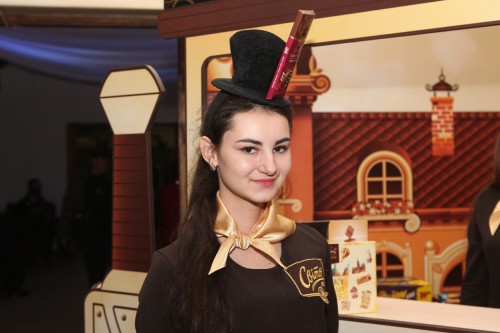 Right after the entrance there are different masters of making chocolate figures. Pieces of chocolate, which are left during the process, they give to visitors for free. Several figures were real pieces of art. For example, this head of a horse is about a meter in height. 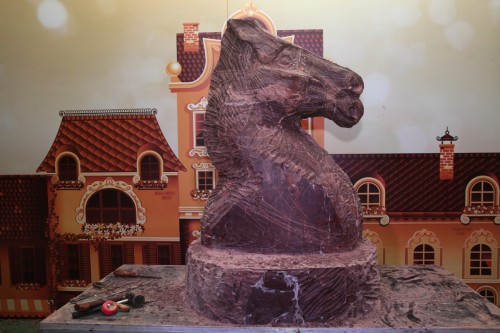 Nearest rooms were occupied by different confectionaries and cafes who showed their chocolate products. Near this statue, for example, all time was a very long queue to take a photo: 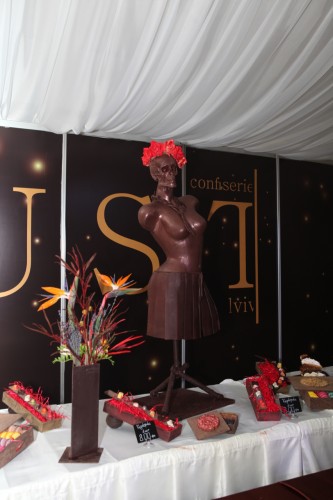 In the central hall on a stage was a show where a team of cooks showed their experience in making different  culinary delights. All processes were explained by a host and showed on screens. The prepared food was immediately given to guests. 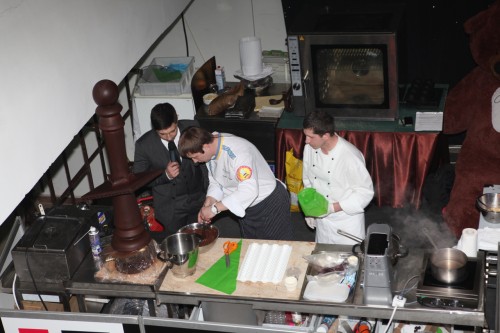 But the most part of entertainments was for kids. There were artists, who made a real show. They sang songs, showed plays and organized different competitions. 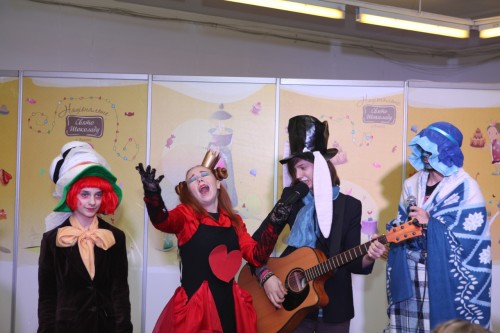 A clown made bubble blowers, played with kids and showed different circus tricks. 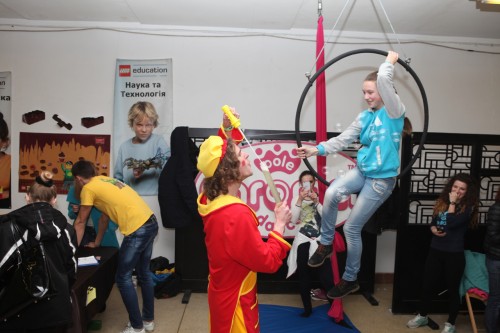 There were also companies who wasn’t connected with food processing industry. Different kids organizations advertised  themselves proposing small visitors to play with them or to make something with their hands. 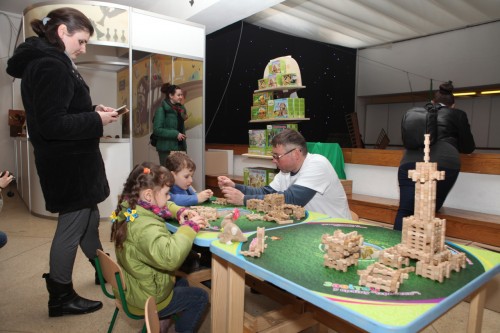 In one of the rooms was a museum of chocolate where you could not only read about how to make chocolate, but see different real ingredients. In other rooms were many cafes and shops with different goods. There we could find such unusual things like chocolate pancakes. On the second floor organizers made a real chocolate city with a train which delivered sweets. 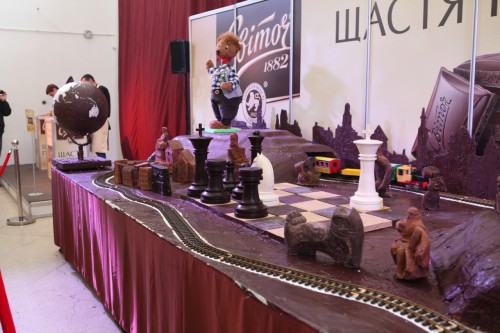 If you want not only to see, but to try something, you can join different master classes. There you can learn how chocolate is made and make candies by yourself. The festival was really interesting for both kids and adults. In fact, you can spend there the whole day because of many really exciting things. 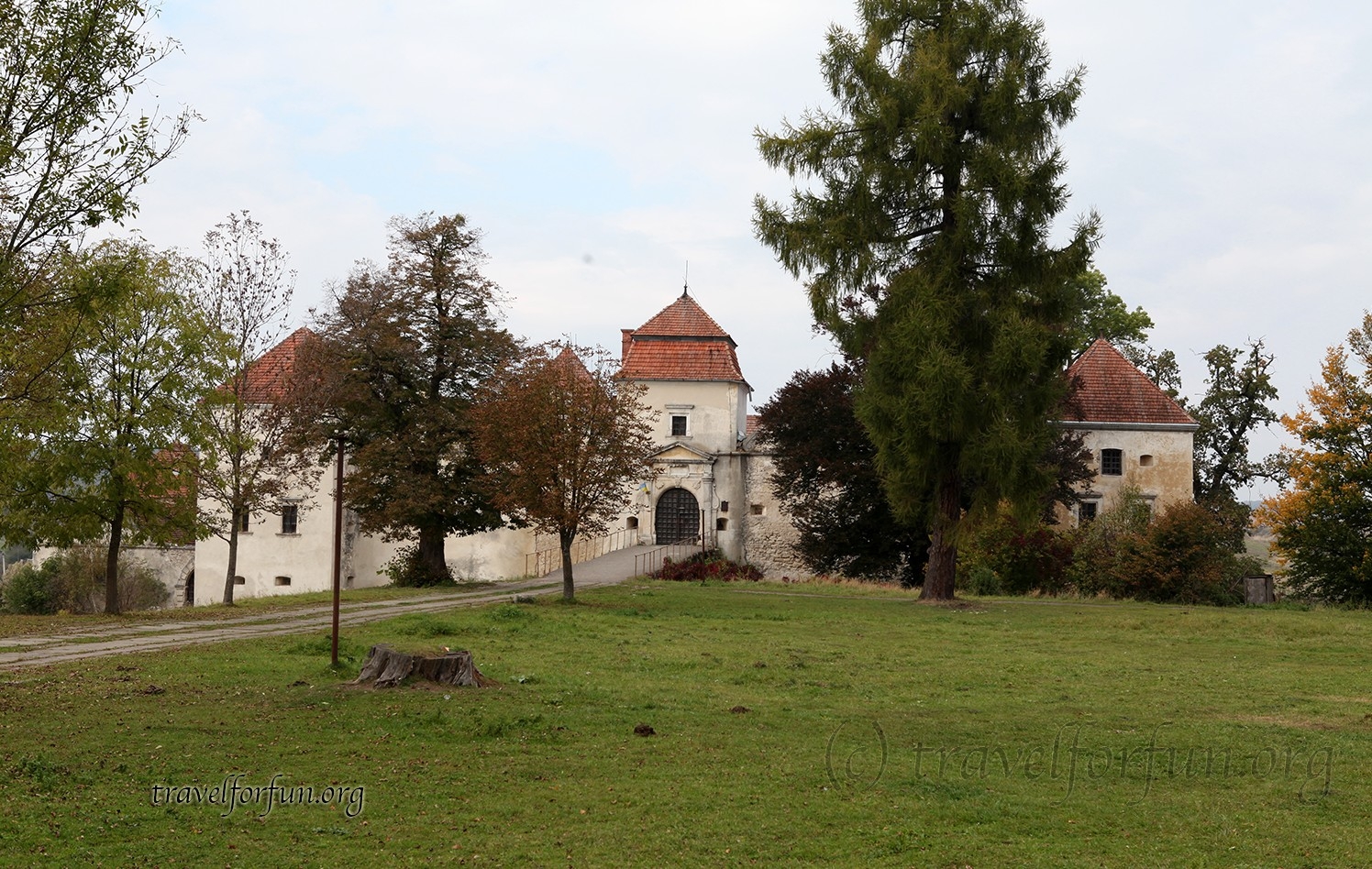