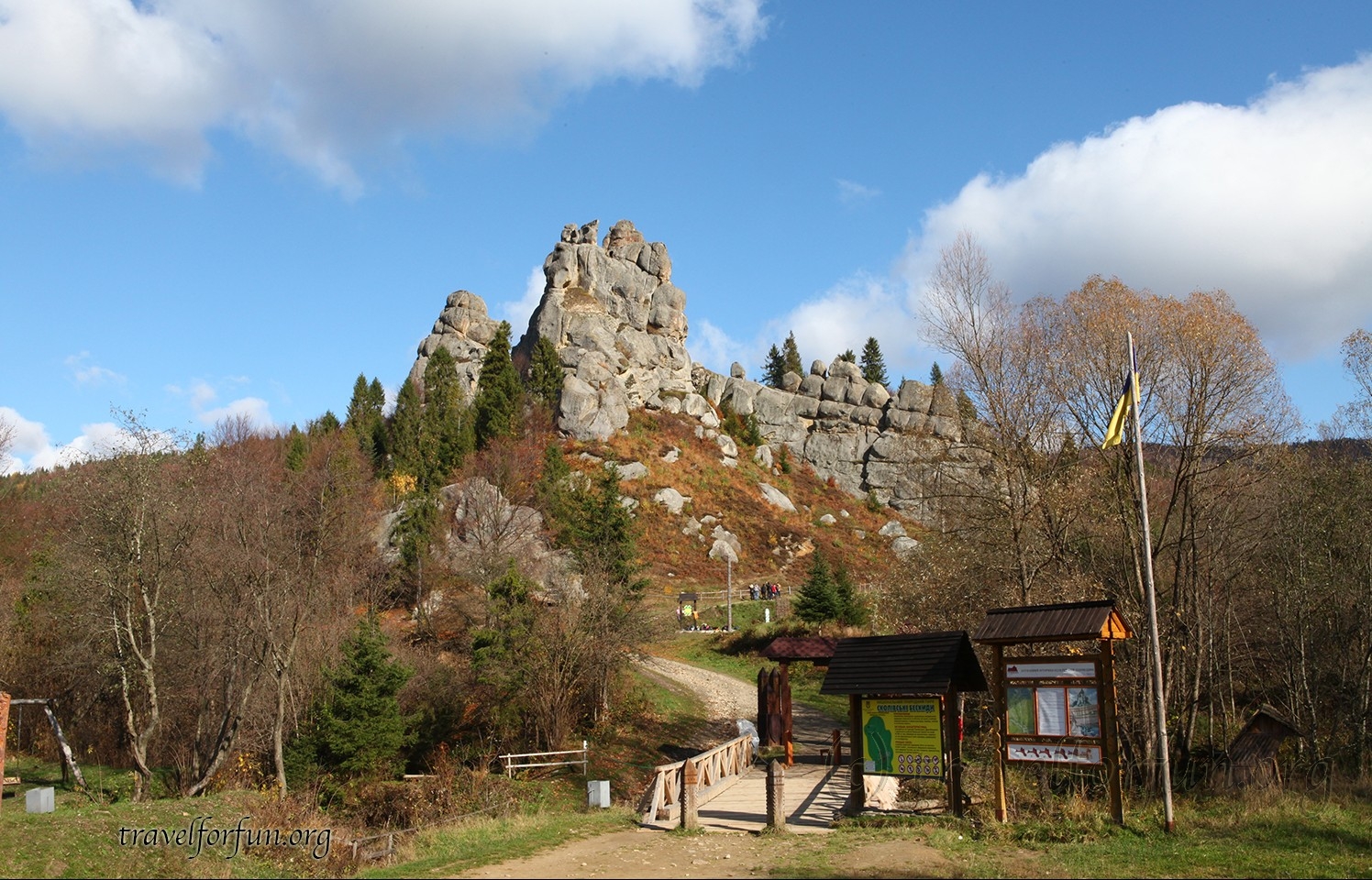 Among the all castles and fortresses in Ukraine there is the one which is really unique and special. It didn’t exist too long, like other castles, and quickly lost its strategic importance hundreds of years ago. But this place even nowadays stays legendary and attracts a lot of tourists. Of course, I’m talking about Tustan. We have visited this place several times at different times of the year and always found something new and interesting.

Nobody really knows when the fortress was set up. The first records about Tustan are connected with the beginning of the 14th century. But excavations show that some settlements were there even earlier. 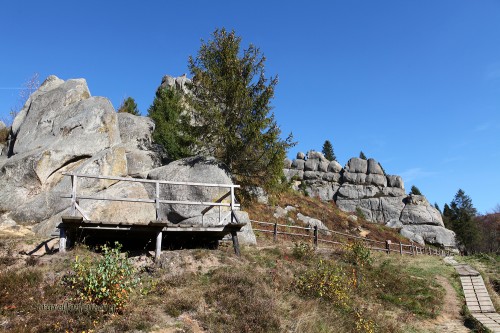 Beginning of the road to the fortress

The main purpose of the fortress was defense of the borders of Kyiv Rus, then Galitsky-Volinsky kingdom, and later – Poland. There was a  trade route through the Carpathians which was used to transport salt to Europe. Tustan was used as  customs to collect payment for the passage. That’s why, according to legends, the fortress got its name. “Tu Stan” in the ancient language meant “stay here”. 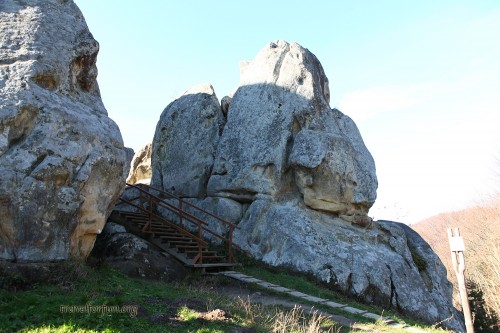 Stairs to the central part of the fortress

The fortress itself was made of wood. But natural rocks were used as a base. Archeologists found many holes in rocks and on the basis of them reconstructed the view of the fortress. But you can see it either on pictures or as a model in Tustan’s museum, which is situated not far from the fortress. Tustan is also connected with several historical puzzles. For example, inside the fortress there is a water tank which can keep water for 180 days. To fill up the tank a 30 meters well was   built nearby. What is interesting is that all the sides of the well are smooth and are made at a very advanced technological level. According to the research, that well was built in the period between the 10th and the 12th centuries. And several buildings existed even in the 10th century. Who and how managed to build such complex constructions  is still unknown. 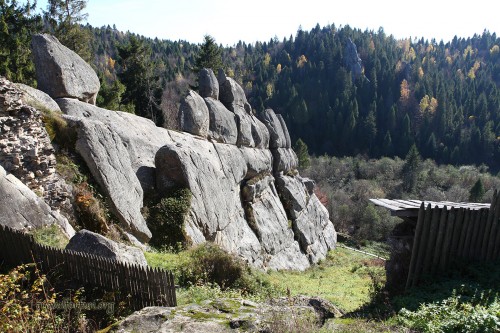 Views from the fortress 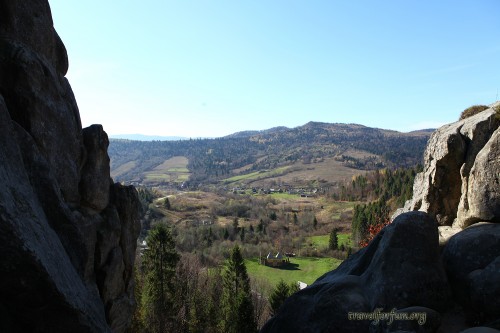 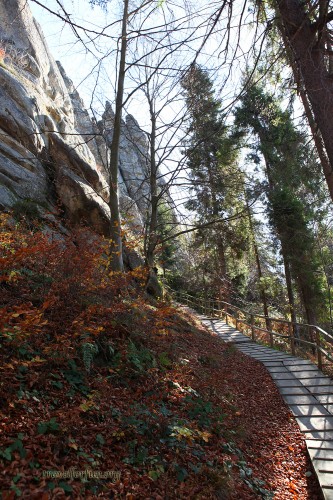 Road to the well

During its short history, the fortress  many times suffered from invasions. But even the Tatar-Mongol  army after conquering  the nearest city, couldn’t capture the fortress. Unfortunately, what was impossible for armies, it was possible for time to do. The borders of Poland became wider and wider, so battles were moved to other regions. New trade ways appeared. So, in the 17th century Tustan lost its functions as  customs. The fortress quickly fell into decay and since that period there were no records about it. Only since the 18th century Tustan started to attract different travelers.   It became cultural center. Different festivals were organized there. For example, in 1914  Taras Shevchenko’s 100th anniversary of  took place there. 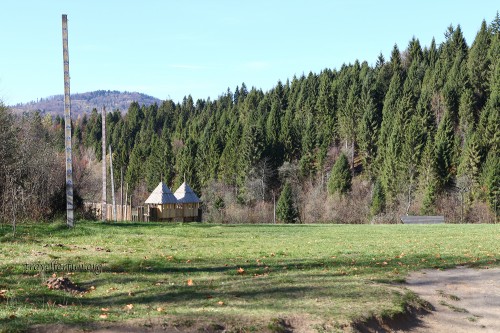 Meadow with a model of a fortress

Nowadays Tustan is a national historical and cultural reserve. It consists of the fortress, the museum and St. Nicolas Church. It’s very easy to get to Tustan. You have to find Urich city. You can turn to it from Kyiv-Chop highway or from Shodnitsa resort.

The admission is paid. But with this ticket you can visit all the areas of the reserve. In front of the castle there is a playground for kids, many cafes and souvenir shops. The territory of the fortress is vast. You can choose any of three excursion paths. The first is the shortest and covers only the central part, where the fortress was. After going up  the rocks, you will go down from the opposite side near a holy spring. From that place you can go to the exit, or can choose the second path and continue your trip to a place named “Sharp rock”. From the opposite side of the fortress by taken the third path you can go to the Rocks of Sadness. According to the map, the longest trip takes you about 4 hours. But you will definitely want to  take some photos and enjoy views. So keep it in mind while planning your trip. 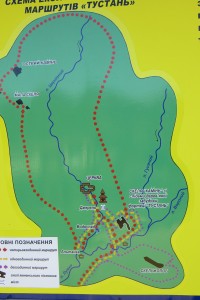 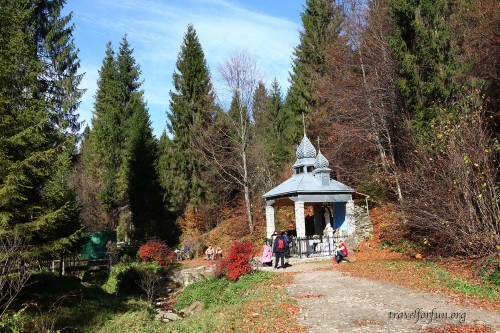 Also you should visit the museum where you can not only find different historical pictures and documents but also put on medieval armor and take some photos at the king’s table. 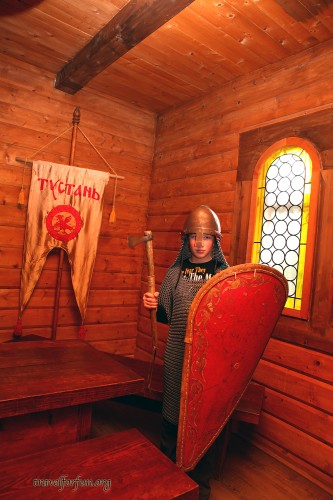 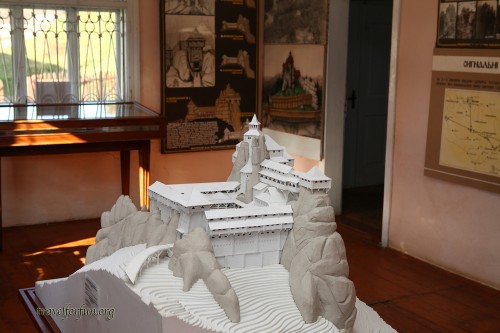 Model of the fortress

Each summer in Tustan a medieval cultural festival takes place. We couldn’t miss such an event and visited it. But it will be another story!